Cloud4C Board of Advisors

Talk to Our Experts Inspirational Mentors Make an Organization Disruptive. For Present and Future

Cloud4C is proud to have an illustrious board of advisors comprising of multi-disciplinary veterans. They help guide every significant mission and organization-wide strategy, ensuring that the enterprise stays on course and grows with agility while adhering to its core principles and cultural values. We thank them for their ever-shining guidance and hope to scale unprecedented heights together. 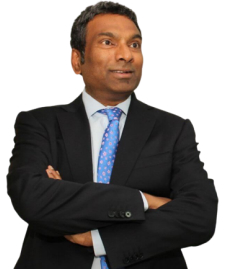 Sashi Reddi is a Venture Advisor at Westbridge Capital, a $8 billion private equity fund and is based in Philadelphia. For the last ten years, Sashi has been investing at the seed stage in enterprise software and deep tech startups in the US and in India. He is the founder of SRI Capital, a seed stage venture capital fund that is typically the first institutional investor in these companies and plays an active role in helping these companies succeed in the US market.

Previously, Sashi was the founder and CEO of AppLabs, the world’s largest independent software testing company with over 2,500 QA professionals in India, the US, and the UK. AppLabs was funded by Westbridge Capital (Sequoia Capital India). CSC (now DXC) acquired AppLabs in September 2011. Post the acquisition of AppLabs by CSC, Sashi served as the VP & GM, Big Data and Analytics at CSC, reporting directly to the CEO.

A serial entrepreneur, Sashi has started three other companies prior to AppLabs. These were EZPower Systems (web content management pioneer acquired by DocuCorp, and eventually a part of Oracle), iCoop (group purchasing dotcom), and FXLabs (leading Indian game developer acquired by Foundation 9 Entertainment).

Sashi is the chairman of the IIT Delhi Endowment Management Foundation as well as a founder and board member of IIT Delhi Endowment Fund. He is the founding president of TiE Philadelphia, the local chapter of the largest entrepreneur focused organization in the world. He also serves on the board of T-Hub, India’s largest incubator for start-ups. Sashi runs a charitable organization, SRI Trust, that supports the educational and overall development needs of over 1125 children in three schools in Hyderabad, India. 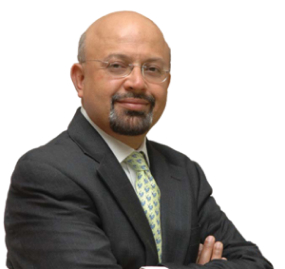 Anil Jaggia, an alumnus of IIT Ahmedabad and IIT Kanpur, is a demonstrated leader and veteran in the business and BFSI space with over three decades of experience, managing a spectrum of initiatives for the growth of the enterprises he led. As a member of Cloud4C’s Advisory Board, his vision has been instrumental in helping Cloud4C become a trusted cloud managed services partner for banks across the world, including 5 of the Top 20 global banks.

Anil Jaggia is currently the Director of Epimoney Pvt Ltd, a Digital Lending NBFC. He has been voraciously involved in the promotion of Fintech and Epimoney stands as a leading testimoney to the same with strategic investments from a globally renowned company.

Previously, the industry veteran served as the CIO of HDFC Bank from 2008 to 2015, overseeing critical operations across financial services, microfinance, quality management, customer service, legal, and infrastructure administration. Before joining HDFC, he operated as the COO of Centurion Bank of Punjab Limited for 4 years until its merger with HDFC in 2008. He played a major role in the colossal merger initiative.

Prior to his stints with the banking behemoths, he led multiple strategic operations for CitiBank for almost two decades. Over the years, he has carved an esteemed name in the Finance and Fintech industry as a mentor, advisor, and investor for innovative firms in the space.

Rise and Transform with Cloud4C.